The Winning Culture at Google: 5 Things Googlers Do Differently

Google might be the most impressive corporate success story in the last 20 years. Yet, where does its innovative culture come from? The answer is simple, but profound: it starts with breaking traditional rules.

Googlers do the opposite.

Google Chairman Eric Schmidt summed it up during the 2012 graduation keynote speech at UC Berkeley: “Find a way to say ‘yes’ to things… ‘Yes’ is how you get your first job, and your next job. ‘Yes’ is how you find your spouse and even your kids. Even if it is a bit edgy, a bit out of your comfort zone, saying ‘yes’ means that you will do something new, meet someone new, and make a difference in your life, and likely in others’ lives as well. ‘Yes’ lets you stand out in a crowd, to be the optimist, to stay positive, to be the one everyone comes to for help, for advice, or just for fun. ‘Yes’ is what keeps us all young. ‘Yes’ is a tiny word that can do big things. Say it often.”

Saying “yes” more than “no” is hard, but for Google, it’s a cultural imperative.

2. Hire people who are smarter than you

Google has cultivated a culture of putting a fork in the “Peter Principle.” There mantra? Hire people smarter than you. Speaking at Big Kansas City last week, the uber-talented EIR at Google Ventures and former designer at YouTube/Google put it this way: “Hiring people that are smarter than you can be incredibly intimidating. They might take your job, but hire them anyway.” Hemeon goes on to say, “Hiring smarter people to work for you will, I promise, make you smarter. This will elevate you and make you (and your group) do better work.”

For those who are wary of this strategy, former Googler Leo Polovets asks employees to ponder this: “I considered the alternative to working with smarter people, and that was even less enticing. In my experience, working with people who are less smart/experienced than you is less educational, less rewarding, and more frustrating than working with those who are smarter/experienced.” So check your ego at the door and find someone who’s good enough to replace you. Your business will thrive because of it.

3. Promote based on peer reviews

At Google, good guys don’t finish last; in fact, they’re often the ones who are promoted. If you want to get ahead at Google, your peers (not the boss) have the greatest effect on promotions. Google cultivates a culture of collaboration. Peers review each other annually. This has the double benefit of weeding out the jerks and backstabbers who move on to fill the ranks of organizations where we work. Peer reviews are just one part of a broader culture of friendly, “do good for others” collaboration.

Google employee Jens Meiret wrote a post defining the meaning of Googliness as “Doing something nice for others, with no strings attached, being friendly and approachable while valuing users and colleagues.” While this may seem as far-fetched as unicorns and rainbows, you have to admit, the idea of the golden rule actually being practiced in the workplace is awfully compelling.

The goal of every new business is to achieve a good product/market fit. But how do you know if you have developed a product that the masses want? For Google CEO Larry Page, it’s the active use of the toothbrush test to determine if a product is viable. Page is known for asking, “Is this something you will use once or twice a day, and does it make your life better?”

Anyone who has launched a product–whether it’s a mobile app, consumer product, or service–knows that more important than “initial use” is “continued usage.” It’s hard to keep consumers’ attention and interest when they only use your product occasionally. A close look at Google’s investment strategy, from YouTube to Nest, clarifies that the toothbrush test is alive and well at the search engine giant.

5. Focus design on usability, not beauty

As senior UX designer at YouTube, Hemeon worked tirelessly on designing the video site goliath. Early in the job, he showed one of his supervisors his work. “I had created this beautiful design with shades of grey on grey and I was incredibly proud,” Hemeon said.

Unfortunately, it could not be used. “My supervisor said, ‘This is a beautiful design but doesn’t work for our user. Half the country is color-blind.’ It was a great lesson for me,” he said. For Hemeon, it was critical to creating a design that worked for beautiful videos from Vimeo and Canadians posting cat videos during their lunch hour.

The bottom line? The ultimate goal at Google is to make things that are accessible and usable, not necessarily beautiful.

This article has been reprinted with permission from Anita Newton’s LinkedIn page. 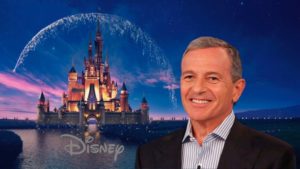 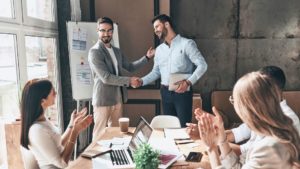 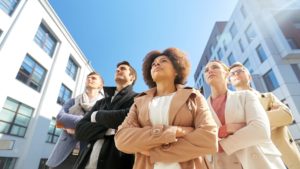 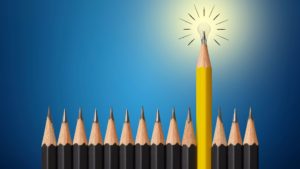