The market for lithium-ion batteries has been expanding for years due to their increasing presence in phones, laptops, and rechargeable tools. Today, as the popularity of electric vehicles is predicted to skyrocket, so is battery production. However, the heavy metals in these batteries can make them environmentally dangerous, but new battery recycling companies are finding ways to extract and reuse these chemicals sustainably.

The utility of lithium-ion battery technology has allowed production to become a global industry valued at approximately 41 billion dollars in 2021. That number is expected to jump to 116 million by 2030. This jump is primarily due to the growing production of electric cars batteries worldwide.

As concerns over climate change continue to rise, car manufacturers have invested heavily into electric vehicle technology. While consumers’ demand for electric cars grows, government regulations are making combustion engines more expensive as new technology makes these eco-friendly cars cheaper. Governments around the world are incentivizing the switch to electric vehicles. For example, the U.K. has ambitious plans to ban the sale of all new fossil fuel-burning cars in 2030.

Several car manufacturers have announced plans to stop producing fossil fuel-burning vehicles entirely to stay ahead of market trends. Some, like Bentley, have plans to do this by as early as 2030. These trends have led experts to conclude that the number of electric vehicles on the road worldwide will increase to 115 million by 2030 from just 8.5 million in 2020.

While the lithium-ion battery in your phone weighs only an ounce or two, the batteries found in electric cars can weigh well over 1,000 pounds. Throughout their lifetime, these batteries make electric cars far more sustainable than gasoline-powered vehicles. Yet, the production and disposal of these batteries bring their own environmental challenges.

The Environmental Risks of Improper Lithium-Ion Battery Disposal and Production

Depending on the manufacturer, lithium-ion batteries can contain varying amounts of nickel, lithium, manganese, cobalt, and other chemicals. These materials need to be mined from the ground and refined, a process that can result in harmful environmental contamination. Cobalt mining has also been linked to human rights violations in the Democratic Republic of the Congo, where 70% of the world’s cobalt supply is mined. Child labor has even been documented in these cobalt mines.

During its lifetime, a lithium-ion battery won’t release any pollutants. Once it reaches the end of its life, however, battery disposal methods will determine its environmental impact. Unfortunately, most batteries used today end up in landfills.

When these batteries end up in landfills, they release environmental contaminants, including toxic heavy metals like cobalt, manganese, and nickel. Lithium-ion batteries can also create underground fires in landfills where they can slowly burn for long periods, releasing toxic chemicals from surrounding trash.

As battery production worldwide increases, battery recycling industries need to keep pace. Otherwise, electric vehicle batteries will reach the end of their useful life with nowhere to go other than the landfill. These batteries become impossible to recover materials from once they are buried in a landfill.

Thankfully, the same metals that can make these batteries dangerous in landfills can be valuable to battery recycling companies.

The Growth And Current Status of Lithium-Ion Battery Recycling

Businesses and governments have been racing to develop battery recycling processes in response to the predicted growth of lithium-ion battery production. Several issues are yet to be solved, but impressive progress has been made.

Recycled battery materials also have the potential to save money over producing virgin material. Unfortunately, it is currently cheaper in most situations to use virgin materials.

Governments around the world are also waking up to the need for battery recycling. In 2019, the U.S. Department of Energy launched ReCell. Located at Argonne National Laboratory in Illinois, ReCell is the country’s first government-funded research and development center for recycling lithium-ion batteries. ReCell has been tasked to find new methods for battery recycling that are both sustainable and cost-effective.

Despite recent efforts, there remain some significant barriers to sustainable battery recycling. Part of what makes these batteries challenging to recycle is the variations between their different kinds.

Batteries for different devices require different designs and materials. This means that not all lithium-ion batteries can be treated the same. This is especially true when it comes to the batteries in electric vehicles.

Every electric car manufacturer has a different battery that can require a separate process to disassemble and recycle. Exasperating the problem is the fact that electric vehicle manufacturers are not required to provide any information about what materials their batteries contain.

Electric vehicle batteries can be difficult to disassemble as well. Since batteries can be flammable if damaged, batteries in electric cars are built to withstand a car accident. But these batteries are not made to be taken apart, meaning they often need to be cut open. If done wrong, this process can cause a fire, making it potentially hazardous to workers’ health.

Attention is being brought to issues like these by the Global Battery Alliance (GBA). The GBA is bringing together businesses, governments, academic institutions, and more to solve these problems and “to foster a circular, responsible and just battery value chain.”

Currently, the GBA is creating a “battery passport” system for tracking the information about batteries needed for recycling and reuse. The GBA is also working with manufacturers to build electric vehicle batteries that can be quickly and safely disassembled while maintaining their integrity in an accident. Steps like these will go a long way to encouraging battery recycling.

GBA’s battery passport system will also provide the information needed for battery reuse. Large lithium-ion batteries like those found in electric cars can be moved to less demanding applications as they age. Batteries in electric cars can live a second life as storage for power from a solar panel or wind farm.

The Future of Lithium-ion Battery Recycling

To keep pace with production and prevent these batteries from ending up in landfills, battery recycling needs to ramp up. The number of electric vehicles predicted to be hitting the road in the coming years means that manufacturers, the government, and the public need to work together to prevent the heavy environmental contamination caused by lithium-ion batteries.

Batteries can be an integral part of many green technologies. These batteries have enabled the coming electric revolution, drastically cutting the production of harmful greenhouse gases. These same batteries make it possible to store the power collected from renewable resources like wind and solar. Advances in battery technology are a fundamental part of reducing humanity’s reliance on fossil fuels.

So why allow lithium-ion batteries themselves to be a polluting technology?

By joining organizations like the GBA or ReLiB in the U.K., businesses can cooperate in designing batteries with reuse and recycling in mind – giving these batteries a circular life and the environment, hope for a cleaner future. 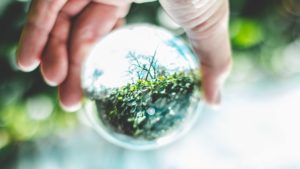